Google BERT Update: Everything You Need To Know About Latest Update!

The latest chatter in the SEO community is about the new Google algorithm update which was recently rolled out. BERT update is the recent one by Google that is sure to bring a significant impact of about 10% of the searches. Google updates like Panda and penguin were devised to improve search quality and ditch the methods that were compromising on the quality of search.
BERT stands for Bidirectional Encoder Representations from Transformers, it deals with long-tail and natural language queries. Generally, these longer tail queries are not targeted by SEO as much. It has been observed that longer tail queries send less traffic to the sites as compared to the short-tail queries. Most keyword tracking tools like Moz also tracked short-tail keywords. BERT, on the other hand, is focused on longer queries. It is a major update by Google after RankBrain that was nearly five years ago.

What to expect from the BERT update?

• BERT will impact featured snippets, it is not restricted and confined to merely English language snippets but also handle other languages equally well.

• BERT is a lot like RankBrain, it is a machine language that is focused to fetch better queries and content on a page basis the search.

• BERT is introduced to eliminate the limitation related to understanding queries. It works more like human, it understands queries more like human, and easily decodes the content in more natural language. For instance, you can type in your long search query in a way that you would normally converse.

• It is a massive update, it would definitely have an impact on the query result. It is believed that about 10% of the queries fail to find the correct solution, BERT is focused to change fate for the 10% and make search engines more user-friendly.

• BERT is a well-tested algorithm that has passed the fate of time and emerged as a winner.

Examples of BERT in action

Here are some illustrative comparisons that will help you understand how this new update is changing the realm of search engines. 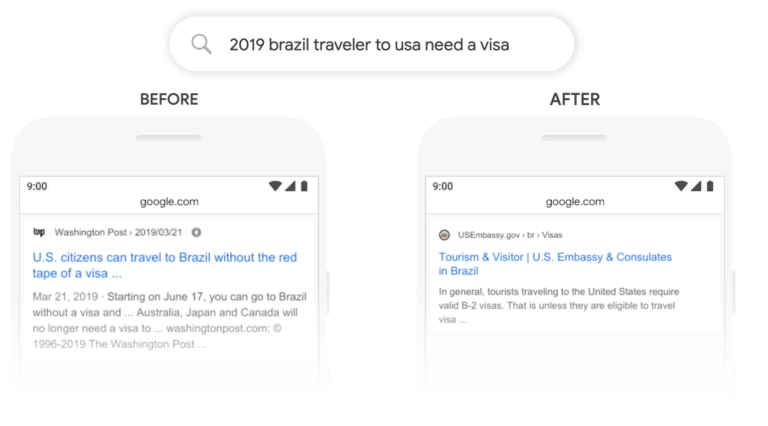 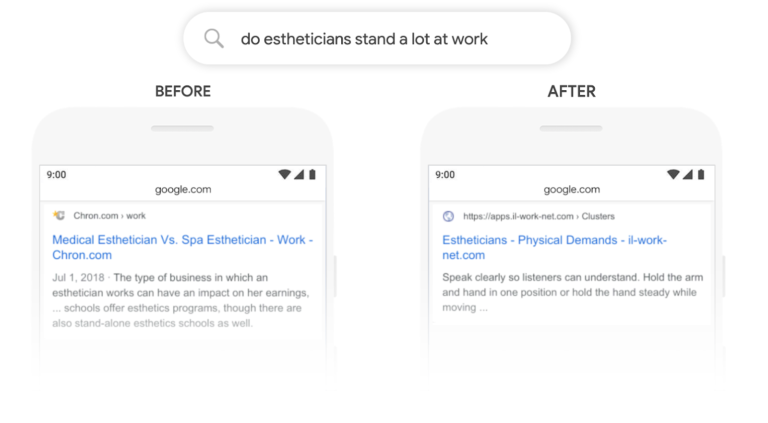 BERT is sure to work in your favor if the content that you post is relevant to your niche, the keywords are adjusted well. If you plan on revamping the content make sure your new content is very specific and answers the expected queries of visitors. You can definitely witness some rise in bounce rate and traffic rates dropping, but with the right content strategy, these issues can be resolved.